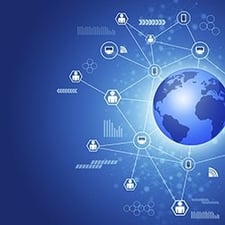 In 2012, I did an extension research project on big data security analytics. My thesis was that big data tools like Hadoop, Mahout, MapReduce, and Pig would greatly enhance in-depth historical cybersecurity investigations beyond anything provided by SIEM tools. In retrospect I believe my assumptions were correct but the market remains in an early stage of development even today.

While general use of big data security analytics is still in its genesis phase, there appears to be an increasingly popular use case in cybersecurity: User Behavior Analytics (UBA). UBA is roughly defined as the analysis of all activities related to individual users, covering devices, processes, applications, network sessions, and data consumed and utilized. UBA builds a data analytics model where all log files, endpoint and network forensics, authentication requests, and data access actions are aligned with individual users themselves.

While few organizations have implemented UBA tools (i.e. from vendors like Caspida (Splunk), Exabeam, Fortscale, Gurucul, Rapid7, Securonix, etc.), nearly all enterprises regularly monitor user activities. According to soon-to-be-published research from ESG, 41% of large organizations always monitor user behavior (i.e. access patterns, user patterns, locations, devices used, etc.) while another 40% do so most of the time. Typically this is done by aggregating logs and event within a SIEM and then building custom rules and dashboards for user monitoring.

Now I am a big supporter of UBA technology and believe it is an essential component of the Incident Response “Fab 5” which I recently blogged about. Nevertheless, I’m still seeing lots of market confusion. As I speak with enterprise organizations about their requirements and needs for 2016, security professionals often raise objections about UBA like:

In my opinion, UBA can accelerate the detection of APTs that emanate from a compromised user’s system.  Furthermore, UBA will become essential to weed out insider attacks a la Bradley Manning and Edward Snowden. It’s also important to note that UBA is designed to do the heavy analytical lifting — an important point given the global cybersecurity skills shortage.

Given all of its potential benefits, it’s time for vendors to cut through the hype and confusion and for users to explore proof-of-concept projects and production deployment.