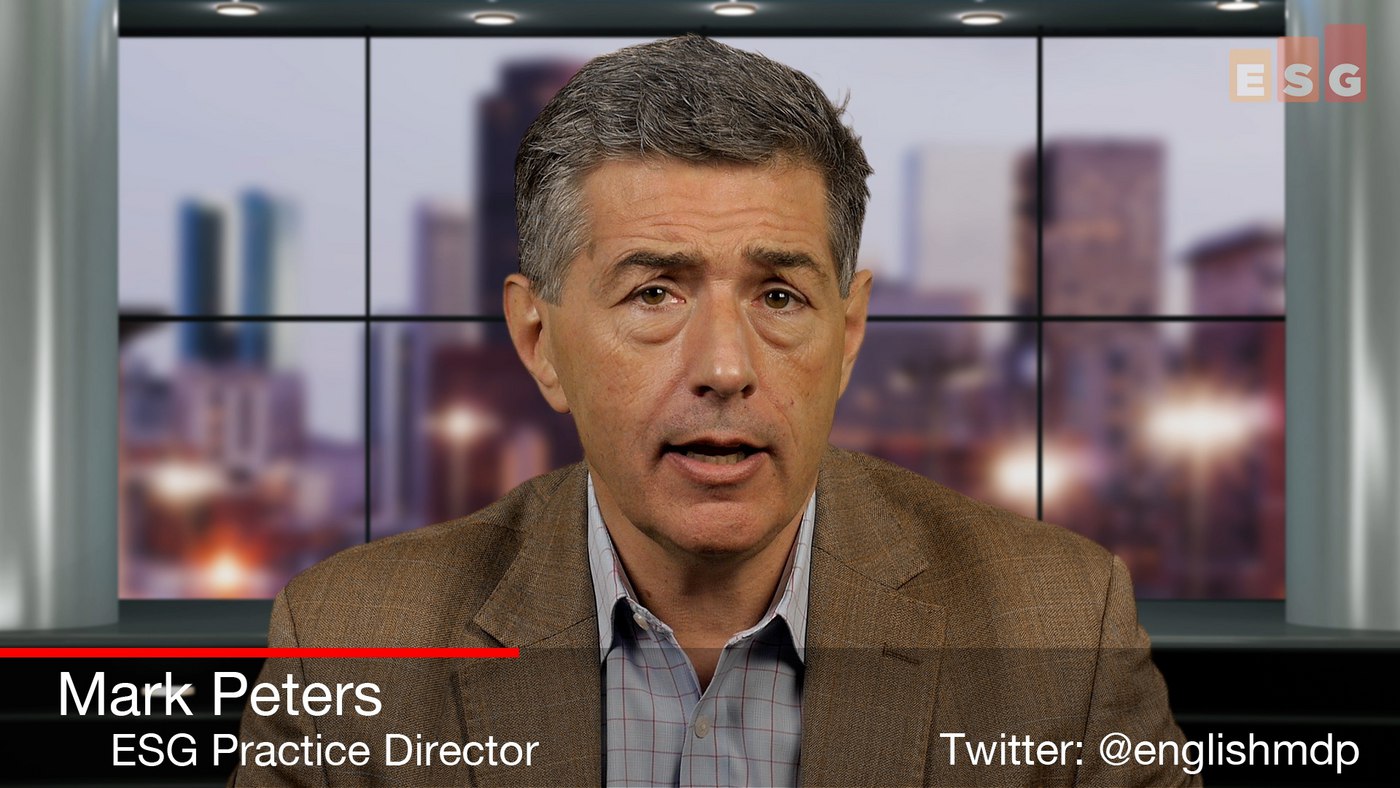 If the words that follow seem more than a tad familiar to those of you that saw the first installment on this topic,  I am thrilled that you pay such close attention!

Every year, ESG’s IT spending intentions survey provides a broad look at the key themes and tides in the contemporary IT world. Its sheer breadth is certainly fascinating for practitioners and purveyors of IT alike. Anyone can access the abstract here, while ESG subscription clients can obviously enjoy the entire report.

The Real Dangers of Assisted and Augmented Reality 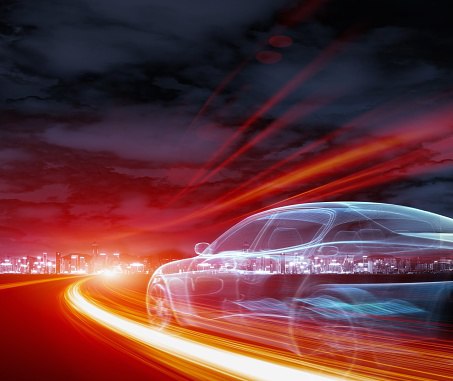 Anyone who knows me knows that I am a big fan of using science, technology, and analysis to drive continuous improvement and efficiency. I can't help but calculate the time, cost, and relative value of different approaches. For example, "What if we switched to using just one kind of LED light bulb throughout the house and ordered dozens at once when they are on sale? Does that make it easier to replace them? Is the NPV of investing the capital in surplus discounted light bulb stocks now greater than the future cost and effort of making subsequent acquisitions?" This is a real thought process that I have had, debated, and defended recently. Aren't I fun to live with?

I also value self-reliance and simplicity and the ability to take apart mechanical things and repair them. In the last week I've disassembled and fixed our leaking Subzero refrigerator (blocked drain on the condenser drip pan) and our also leaking Frigidaire clothes washing machine (loose connection on the internal filler hose). I love my 40+ year old pickup truck and my 50+ year old Mustang all the more for their repairability. In general, parts are accessible, understandable, and often easily cajoled back into operation (like the corroded connection that occasionally reduces the alternator's ability to charge things). Bonus: Should I need them, replacement parts are often 10x cheaper than their modern equivalents, like $27 for a refurbished alternator for my old Mustang, versus $270 for the one on a modern BMW.  Kids love to ride in the old vehicles, too. "Wow, look I can turn this crank to raise and lower the windows, so cool!" To me, the understandability is a key part of the pleasure. With little effort you can see what each thing is doing and infer how it is doing it. My friends and I may not be able to design a carburetor, but we can take one apart and rebuild it.

So, I'm struggling a bit with the idea of applying machine learning and artificial intelligence technologies to everything around me. Google recently gave me a Google Home device; I'm not quite sure why. Maybe they wanted to give it more real world voice recognition training opportunities. Maybe they wanted me to write about it, as good social marketing. Maybe they wanted to hear how I'm advising their competitors, naughty, naughty. I don't like the idea of it listening to my conversations. My wife really doesn't like it listening to her. The kids adore it. It's something that I feel a natural affinity for anyway, having spent some time at a "smart home" startup a decade ago, which we'd now label "IoT" technology. Controls for our system were amazing stuff at the time, "I can text my home to check on the alarm system or control lights!" They were also frighteningly rudimentary: I had to TEXT my home to turn on my alarm system or control lights because "smartphones" and their app developer tools didn't exist yet. Now I can speak aloud and call up any song I want and have it play in any room, and read the actual lyrics, no matter how garbled the singer. Mondegreens are a relic of the past. I can ask "Hey, Google, why isn't my car charging?" and it suggests possible problems with the alternator. Then it gives me a link to a website for more information or YouTube videos showing how to do it. This is amazing stuff, available commercially today. So much more rewarding than scheduling an appointment with an "expert" mechanic at a dealership who may or may not get to the same fix, but will certainly charge me $150 per hour while he Googles it himself and then marks up parts prices by 50% or more. The point here (yes, there was a point here) is that technology has made it far, far easier and cheaper for anyone to access knowledge and learn how to do things. We can readily disintermediate supply chains and services. Anyone can now be an expert on any topic, on demand. This assisted or augmented reality for everyone is practically magic. 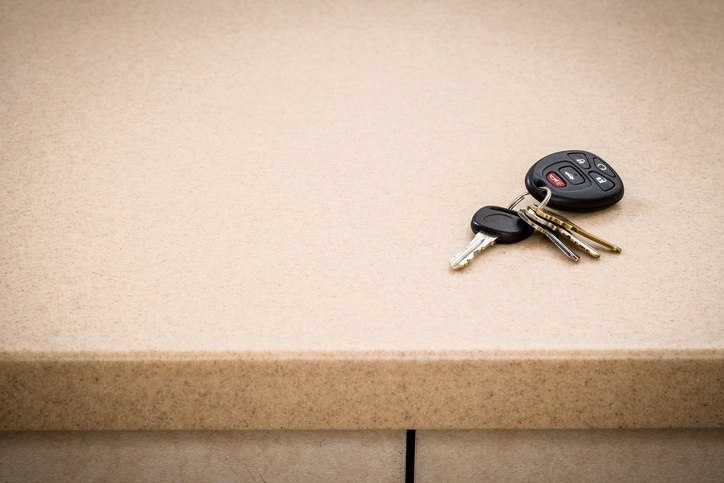 Bluetooth, a protocol best known for sending audio or keystrokes, is becoming a full-fledged data protocol that offers simplicity while participating in a complex end-to-end IoT system. There are many standards and technologies used for IoT networking.

In addition to Bluetooth and mobile networks, there are many low-power wide area technologies, such as Narrow-Band IoT (NB-IoT) and Long-Range Wide Area Network (LoRaWAN), and nearby connection alternatives such as NFC or RFID. IoT networking requires a combination of different technologies working in conjunction, depending upon the use case requirements. 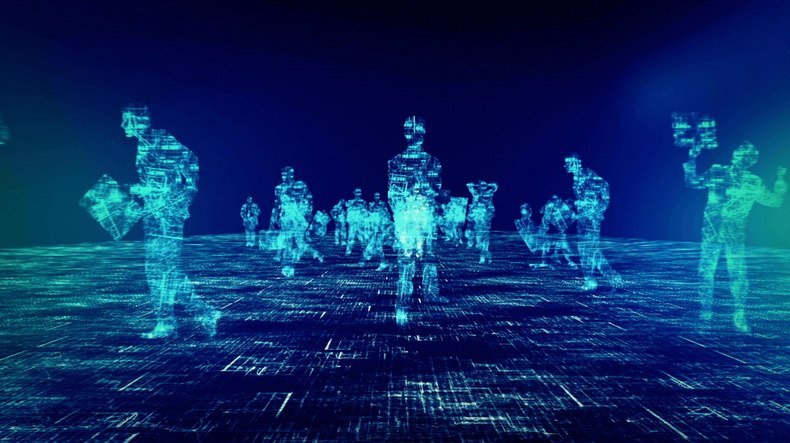 As summertime rolls on, we can enjoy a little sun, a little rest, and a big opportunity to reflect on the key trends to watch in the second half of 2016. Here are a few of my predictions of what comes next: 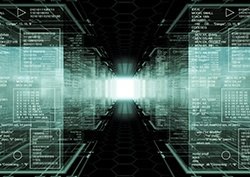 I was at Cisco Live a few weeks ago in the 100+ degree heat of Las Vegas and like other cybersecurity professionals, I am off to Sin City again next week for Black Hat. 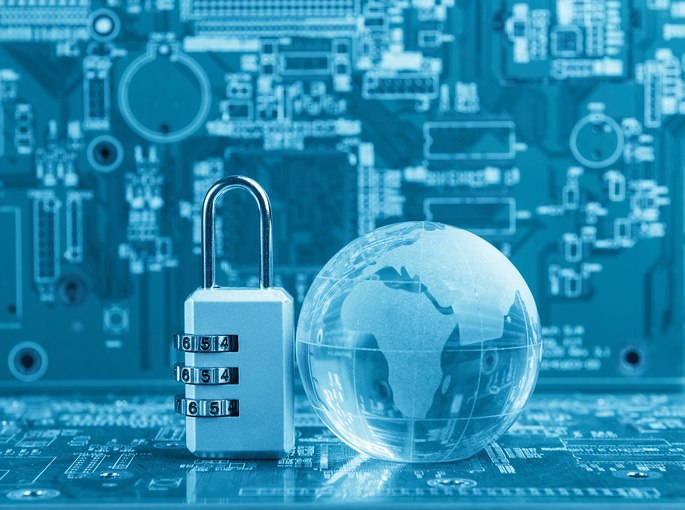 Cybersecurity has always been a horizontal technology practice that’s roughly the same across all industry sectors. Yes, some industries have different regulations, use cases, or business processes that demand specific security controls, but overall every company needs things like firewalls, IDS/IPS, threat management gateways, and antivirus software regardless.

How to make sense of a crowded, confused IoT platform landscape? 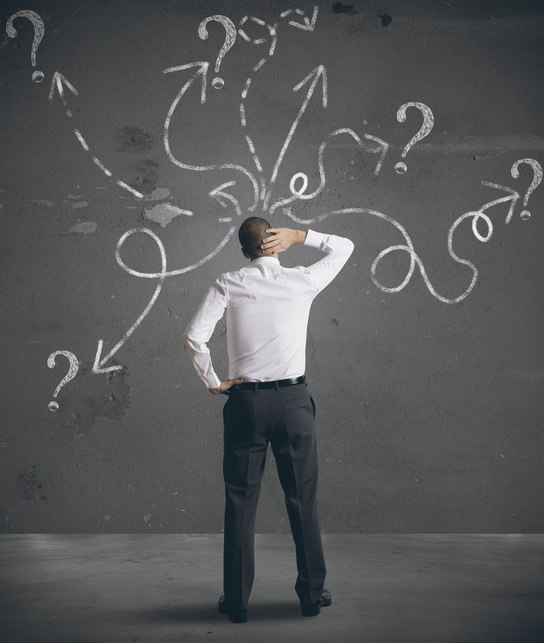 In my blog post after the IoT World conference in May, I mused that the IoT ecosystem is in danger of confusing the heck out of everyone, and that the countless companies using the term "IoT platform" has rendered the term virtually meaningless.

While some of this is due to the immaturity of the IoT market and vendor landscape in general, it also stems from needless confusion created by broad marketing messages that make it difficult to truly understand what capabilities providers actually deliver. 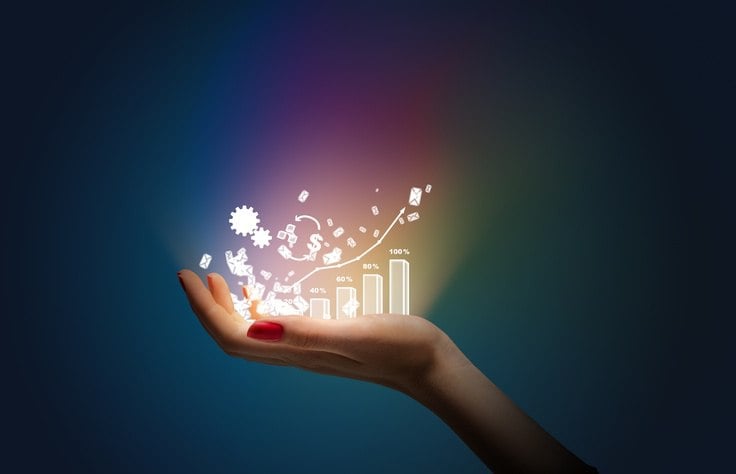 On June 2nd, IBM and Cisco announced a partnership for IoT analytics which aims to combine IBM's cognitive computing analytics in the cloud with Cisco's fog computing analytics at the edge. Overall, the combination is a positive one for IoT and analytics decisions makers since it begins to help clarify the IoT data journey story. 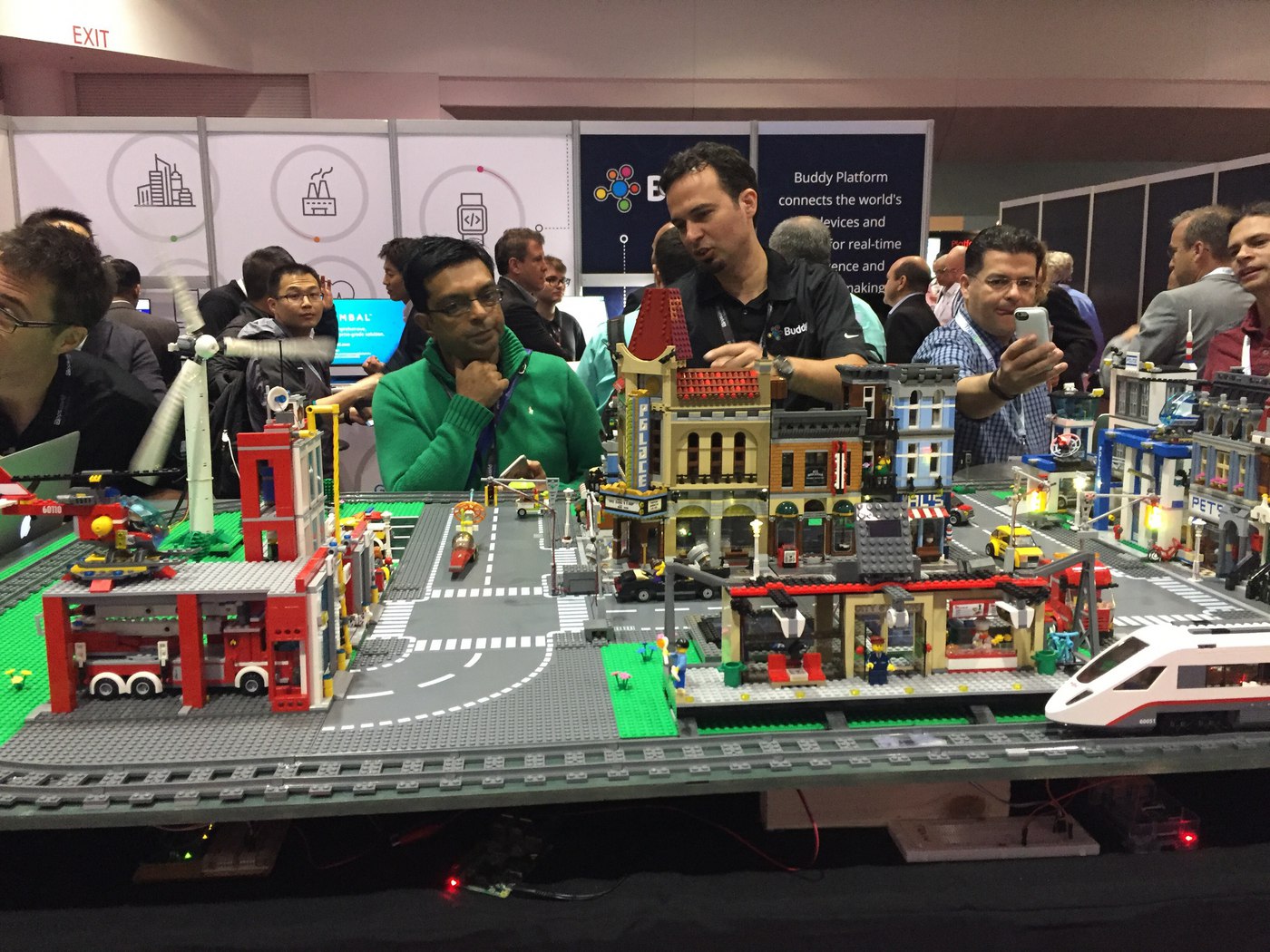 I recently attended IoT World, held May 11-13th in Santa Clara. As you might expect, there was a lot of energy at the event, and enthusiasm for IoT. And it was well-attended, with reportedly more than 10,000 people expected over the course of the three days of the exhibition.

For Big Data, Does Size Matter? 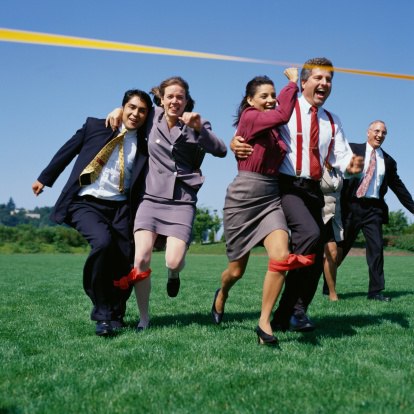 Following a presidential debate in which the candidates concerned themselves with the proportions of their various body parts, I can't help but wonder why some are so obsessed with size. In the world of big data, there are a few different ways to think about this topic: