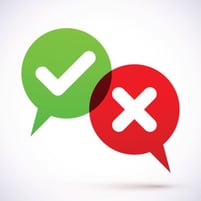 President-elect Donald Trump ran a campaign focused on national security and making America great again through economic reform. Clearly both goals should include policies and programs to bolster the nation’s cybersecurity capabilities. This shouldn’t be an abstract concept to Mr. Trump after an election cycle featuring Russian hacks and WikiLeaks posts.

Now Mr. Trump is a Republican nominee and true to his party, he isn’t likely to propose cybersecurity regulations anytime soon. Given this position, how can the President-elect make progress in this critical but highly technical and geeky area while avoiding the abundant rat holes that come with the territory?

Allow me to offer some suggestions of cybersecurity dos and don’ts for the next President. Since the list is a bit lengthy, I’ll start with my list of suggestions.

In my humble opinion, these suggestions align well with Mr. Trump’s strengths, his campaign promises, and a Republican agenda. Look for my “don’ts” blog next week.