Trump Remains Frighteningly Behind in Cybersecurity 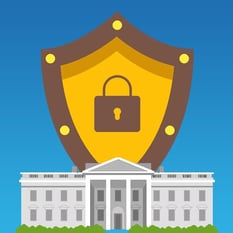 As we move into 2017, cybersecurity concerns continue to escalate. These past few months, we’ve seen some scary incidents like the October 21 distributed denial of service (DDoS) attack on the DNS services at Dyn that used IoT devices like home routers and cameras as a botnet. Oh, and the last few months of the U.S. Presidential election featured data breaches of the DNC and Clinton campaign manager John Podesta’s email and the subsequent posting of this information on WikiLeaks.

Pretty alarming, and it doesn’t appear like things will be getting better anytime soon. This raises the question: What type of cybersecurity response can we expect from President Donald Trump’s administration?

Of course, no one knows, but based upon what we know from the candidate and the campaign, President Trump’s cybersecurity policy looks uninformed, misguided, and elementary so far.

Let’s start by looking at what the incoming President said on the campaign trail first:

Okay so Trump doesn’t know cybersecurity but no one who voted for him seemed to care. So, maybe now that he’s the President-elect, he will surround himself with the right people and put together a coherent strategy, right?

Alarmingly, there is no evidence of this so far. Mr. Trump does have a cybersecurity vision statement on his website, stressing that he will do 4 things:

Aside from the fact that there’s nothing new here, Mr. Trump’s “vision” ignores the biggest cybersecurity issue of all – improving our cybersecurity defenses. What will he do here? Who knows?

Note to the incoming administration: Cybersecurity issues need to be a top priority from day one. I strongly suggest that Mr. Trump consult with government and private sector cybersecurity experts as soon as possible and move beyond its current myopic and embarrassing vision. Remember, American critical infrastructure, businesses, and individuals are vulnerable to attack and citizens are looking for the President’s leadership to mitigate risk in this area.