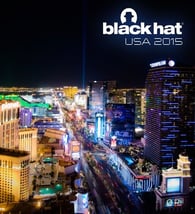 With the frenzy of the largest Black Hat to date in the review mirror there is much to reflect upon. The range of hacks demonstrated highlight the massive expanse of the attack surface area with mobile and IoT exploits front and center including the now famous car hack of 2015. While the sheer scope of IoT vulnerabilities is staggering, CISOs and practioners I spoke with cited the endpoint attack vector and preventing the loss of data via the use of unauthorized cloud apps as two of their more immediate concerns. The high level of competition between vendors in the advanced endpoint threat protection and cloud access and control security markets correlate to this demand; their markets have indeed arrived.

A CEO I worked for a few companies back kicked off a strategy planning session with just the letters “SMOT” on a PowerPoint slide. After some wise-ass guesses from the team, he explained that SMOT stands for Startup Moment of Truth and represents the inflection point for gauging market timing and thus deciding when to “Go” as in dialing up the go-to-market spend. For the players in these segments, the answer is clearly “Now!” But customers need more clarity of proven differentiation between the offerings. Let’s take a closer look at some of the dynamics in each product category.

With the backdrop of the technical nature of Black Hat, these are two cybersecurity market segments top of mind with customers and in which there is notable competition. In a world where we need to keep the bad out and the good in, advanced controls for the endpoint and the use of cloud apps is a here and now imperative.