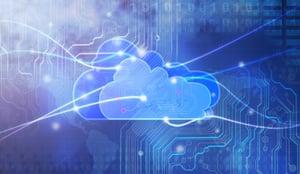 A VXRACK can start out with as little as four server nodes, equipped with internal storage resources, and scale-out to 1,000 nodes across the data center. This provides organizations with the ability to independently and efficiently grow CPU, storage I/O, and storage capacity in lock-step with real time application requirements, without having to resort to a forklift upgrade.

The new VXRACK is a prime example of an SDDC platform that the EMC Federation (EMC, VMware, and Pivotal) has been messaging for the past three years. As such, the VXRACK is being positioned as a transformative architecture that can be leveraged by today’s client/server applications (platform 2) while also serving as an infrastructure “bridge” to next-generation cloud- (platform 3) based applications like mobile, big data, and social media applications.

While the VXRACK can serve as an integral component of the SDDC, it is not intended to be a wholesale replacement for enterprise class converged infrastructure solutions like the VBLOCK. Instead, it is primarily intended to service Tier-2, or non-mission-critical workloads. In fact, VCE states that VBLOCKs are not only being leveraged extensively by large, private data center environments, but they are also being used by many service providers (SPs) as a highly available and highly resilient multi-tenant platform.

Interestingly, the VXRACK also supports multi-tenancy and is also highly resilient (i.e., it copies data across multiple nodes for redundancy), however, today it doesn’t support extended distance replication (like VBLOCK). The next generation applications that will typically get deployed on to a VXRACK, however, like web-scale applications, next-generation databases, and big data applications, will likely have the required data services built-in to ensure the redundancy and resiliency that businesses need. When that is a reality, many environments may get along just fine using VXRACK across mixed Tier-1 and Tier-2 workloads.

The speed of implementation that a VCE-delivered hyper-converged scale-out solution delivers, combined with the simplicity of management that the Scale-IO software provides, could prove to be very compelling to SMBs and enterprise environments alike. And since commodity server infrastructure and internal server storage (Flash, SSD, HDD) can be used to support an optimal blend of high performance storage I/O and inexpensive storage capacity, organizations of all sizes can leverage the VXRACK to start building out their own internal “X-as-a-Service” environments.

Another benefit is that since VXRACK is part of VCE, customers can get the same high level of service and support that VBLOCK customers presently receive. Moreover, now that VCE is part of EMC corporate, IT buyers can be confident that VCE will remain well funded to continue their innovation well into the future.