VMware and AWS are Enabling Hybrid Cloud with a Common Platform 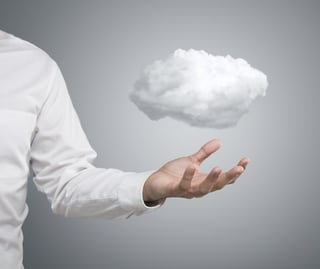 Hello again! This is part 3 of a series of blogs I am writing about hybrid cloud and systems management. In the previous part, I talked about how hybrid cloud was clearly underdefined in the industry and I laid out three specific types of hybrid cloud. Those types were:

In this part of the series, I’m going to be focusing on common platform hybrid cloud. Common platform is where the base infrastructure platform is shared between the disparate clouds. While these clouds can be in different locations or from different providers, by having a common platform, IT can leverage a common tool set, most often an existing one, as well as the entire knowledge base of their staff and the existing ecosystem to help support it.

A great example of common platform hybrid cloud is the new VMware Cloud on AWS. VMware Cloud on AWS is a new service from VMware, in beta now and expected to be generally available in mid-2017. VMware Cloud on AWS offers compute, storage, and networking based on the existing VMware offerings with vSphere, Virtual SAN, and NSX, all while running on AWS infrastructure. Customers that use this service will essentially get a public cloud service, both running on and being able to leverage AWS services, while still being compatible with their existing VMware investment. As I noted before, it’s not just the software compatibility that is important but also the ability to leverage the existing VMware ecosystem that most companies have built up. That means the existing systems management framework, from personnel to software, instantly becomes hybrid-cloud-enabled.

In my next blog, we’ll cover the idea of common application hybrid cloud, and examples of that, including Microsoft Azure Stack and HPE Eucalyptus.

This is Part 3 of a blog series about hybrid cloud. Check out the other parts in the series:

Part 2: Answering the Question: What Exactly is Hybrid Cloud?

Part 4: Hybrid Cloud Through Common Applications with Microsoft and HPE