VMware’s Next Chapter... But Is It Going to Work?

The powerhouse VMware is doing it again—leading the way in the industry with innovation focused on the next generation of multi-cloud offerings. The question is: Will it be enough to differentiate VMware from the pack?

Let’s take a closer look. VMware entered the market as a virtualization leader and grew in strength throughout the early 2000s. As the market evolved, so did VMware. The company expanded into the next phase of the market as a leader in the private cloud space. The established footprint of the virtualization business provided a natural transition into the private cloud arena, but as the industry continues to evolve to multi-cloud, where does that leave VMware? VMware's next chapter will be key to maintaining its growth as the established industry leader.

VMware’s Chapter 3: The Next Endeavor

At VMworld 2021, VMware announced its focus on several new areas with the intent to simplify multi-cloud operations. To no one’s surprise, multi-cloud adoption is taking off. According to ESG's 2021 Data Infrastructure Trends research survey, 48% of respondents indicated their organizations have a cloud-first approach. Management of heritage and cloud-native applications, as well as microservices, are a large part of success for IT organizations. Like most vendors, VMware is taking on multi-cloud and application management services as their next area of evolution.

Multi-cloud support can be viewed in several areas. Application platforms, cloud management security and networking, and digital workspaces are several key cross-cloud service areas that VMware is focused on for cloud support. With its recent announcement, it is clear that VMware is emphasizing its focus on cloud infrastructure, which demonstrates the company’s intention to amplify support of its services to build, run, and secure applications across any cloud.

VMware is announcing several new areas to support these initiatives, including: 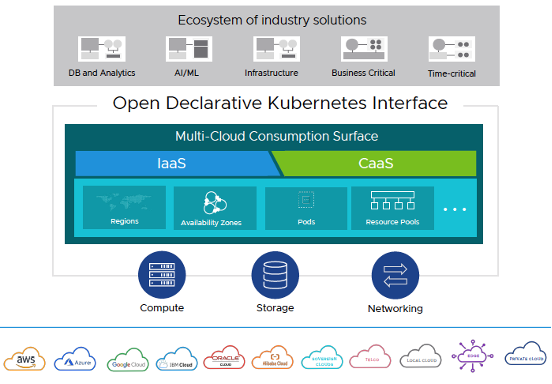 VMware announced several enhancements and improvements to vSAN and vSphere as part of this launch. vSAN 7 update 3 expands on its simple, reliable, and future-ready messaging by delivering enhancements that deliver a developer-ready infrastructure, simplify operations, and provide additional platform enhancements to continue this vision. 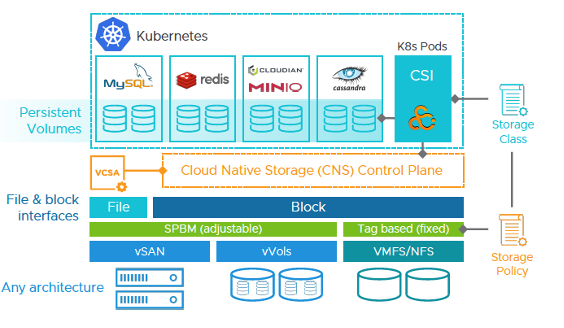 With vSphere 7 update 3, VMware adds increased delivery AI and developer-ready infrastructure, improved scalability, and simplification of operations. All with the goal of delivering towards the vision to manage, deploy, and deliver with ease.

VMware is an industry leader. There is no doubt that VMware's past success will help accelerate its future vision, but VMware has its work cut out. The future direction VMware laid out is where the industry is going. In fact, 92% of respondents to ESG's 2021 Data Infrastructure Trends survey leverage public cloud infrastructure services. However, VMware is not the only vendor looking to achieve this goal. In fact, they are one of many vendors in the market looking to solve, address, and “crack the multi-cloud code.” This is a very different market from the early 2000s when VMware seized the virtualization opportunity. VMware will need to increase and align partnerships in this space to fulfill its vision. Their partnerships will not only accelerate their go-to-market strategy and drive adoption but will also create less competition for them.