VMworld – What I’m Intrigued To See 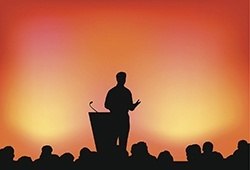 We all know that VMware changed the world of IT. Most of the way that change was effected is pretty obvious – a layer of software to make more effective and more efficient use of computing platform resources. While virtualization wasn’t new to IT, it had never been used so broadly or ubiquitously. And, yes, VMware’s offering has continued to get broader and more comprehensive, covering all the major elements of IT infrastructure – software joined with custom/partnership hardware as appropriate to deliver storage and networking capabilities along with the good-‘old’-server virtualization.

So far so good. And thus, of course, at VMworld this August I want to see what new developments our hosts and their partner ecosystem bring forth. Because VMware’s core technology is so well adopted, yet also having attracted strong competition of many sorts, it occupies an intriguing place in the IT vendor space. It represents perhaps the epitome of co-opetition. BUT, alongside the obvious intrinsic elements of the event – and no doubt the strong messaging that is inherent when sharing DNA as part of the Dell and EMC empire – there’s something else that I am fascinated to see….

And that ‘something’ is a particular element of the event itself.

Often commented upon privately, but not promoted specifically, over the years VMworld has become the de facto heterogeneous storage industry event. Whereas the mammoth Storage Networking Worlds (and others) of old used to serve the storage industry, as IT has progressed so the large industry-wide storage events have been eclipsed by events – exemplified by VMworld – that are ostensibly focused elsewhere, even if that focus is a very adjacent space. The remaining storage - or data!? - focused shows these days (ignoring those where storage is an element within a bigger portfolio, such as Dell EMC, Oracle, HPE, HDS, etc.) increasingly tend to be vendor-specific (such as IBM Edge, NetApp InsIght, Pure Accelerate), or media-specific (with Flash Memory Summit being the pre-eminent example).

VMworld – despite its sole vendor focus, or perhaps because of its industry co-opetition focus? – has for many years now, effectively been the heterogeneous storage industry show. Now that I have made that clear let me come back to what I will be looking for at this year’s event: with all the changes taking place in IT – most notably the drive to more convergence, more software-definition, more hybrid operations (all places that VMware itself has plenty to say) – I want to see whether the event generally (and show floor specifically) still feels like an “SNW replacement”…..or whether, as I suspect, the industry sands are shifting towards a more homogenized, integrated overall-IT-infrastructure feel.

Myriad vendors have spent years working to be “BFF”s with VMware, and I have many times described it as moths drawn to a flame. As VMware turns up the heat (partly by desire and ability, but partly also by necessity as its traditional business gets both saturated and tougher) I expect that this year’s VMworld event may be the first time we begin to sense that the flame is going to cause a few "moths” to fly away, or at least adopt a wider orbit! I’ll let you know.