What Happens to RSA? 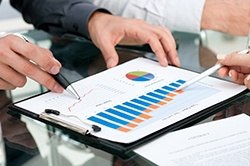 While last week’s Dell/EMC merger was certainly a blockbuster, nothing specific was mentioned about future plans for RSA Security. Michael Dell did say that there were a “number of discussions about security” during the negotiations, but apparently, no concrete plans yet. Infosec reporters have lobbed phone calls into Round Rock Texas as well as Bedford and Hopkinton, MA looking for more details, but Dell and EMC officials haven’t responded.

Based upon a week of vague reports, it’s safe to assume that there is no master plan for RSA at this time.  While we in the cybersecurity world have a nostalgic bond with RSA, it really is small potatoes as part of this mega-deal in the IT space. Nevertheless, RSA is a marquee $1b+ brand-name company in the red-hot cybersecurity space, so there is certainly value to be had.

So what will become of RSA?  I can see three possible scenarios:

Many financial analysts look at the Dell/RSA cybersecurity assets and immediately point to IBM as a comparison. Yes, there are some similarities, but it’s important to note that it took years for IBM to put this division together. IBM purchased ISS in 2006 and Guardium in 2009, but didn’t create a security division until after the Q1 Labs acquisition in 2011. Until that time, IBM still had a mixed bag of products and services spread across the company.

I’ve worked with RSA Security for years (pre- and post-acquisition) and believe there is real value in its products and services. While RSA President Amit Yoran has a strategic plan in place and is moving the company in the right direction, creating a unified Dell/EMC/RSA cybersecurity division represents a quantum leap in complexity that executives may not want to undertake. In the meantime, Dell, EMC, and Silver Lake have bigger fish to fry so there may not be any new cybersecurity news or returned phone calls from Bedford, Hopkinton, or Round Rock anytime soon.