On December 1 2015, HPE announced its composable hybrid infrastructure, called HPE Synergy. I wanted to take a look at the announcement from both the technological side and from the developer's practical perspective.

The foundation for this announcement is a fluid resource pool of compute, storage, and networking that can easily be horizontally scaled, virtualized, and containerized based on workload needs. Allocation and control of these resources is through an intelligent software-driven interface that is built on templates. This interface abstracts away all physical aspects of the infrastructure so that developers and operation managers can focus on the most efficient way to deploy and manage applications. Access to this interface is through a unified API for full infrastructure programmability through a single interface. HPE’s messaging for Synergy is based around four tenets:

What it means to developers 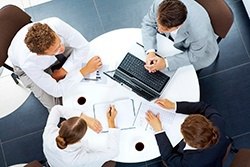 While this leads to a more efficient use of resources, it only works well if a workload can be dynamically scaled in seconds. This dynamic scalability is a well-defined attribute of HPE Synergy and enables support for the principle of immutable infrastructure. This allows resources to be allocated and de-allocated as needed at cloud-speed while able to accommodate changing requirements specific to compute, storage, and networking. This means that as application demand profiles change the infrastructural capacity can change in terms of volume and variety to provide a more optimized alignment of resources to workload needs. This capability provides a level of insulation to developers, so that they need be less concerned about how to specifically tune code to accommodate hardware limitations.

The simplicity of allocating and de-allocating is tied to HPE Synergy’s API. API mapping has historically been a challenge because of the heterogeneous collection of IT resources that live in the data center. One of the key initiatives that is part of the HPE Synergy program is the development of a partner ecosystem working with HPE to extend the scope of their API so that it has relevance across a broad collection of hardware and software development lifecycle products and services.

Above the HPE Synergy API is a growing integration partner ecosystem which includes HPE’s Cloud Service Automation (CSA). CSA is designed to be a portal for managing for ordering and managing heterogeneous cloud services. The intent of this portal is to provide a single toolset that enables the integration of multi-hypervisor and multi-vendor private and public clouds. The combination of the flexibility of HPE Synergy combined with a single pane of glass experience for managing multiple cloud environments will provide HP with a compelling hybrid message.

In summary, the HPE Synergy composable infrastructure is right on target and has the potential to provide enterprises with compelling CapEx and OpEx economics due to its flexibility and aggressive pricing. HPE’s Synergy message is still unfolding and the true test of its contribution to HPE’s overall hybrid message will depend on how effective HP’s partnering strategy is executed.