What Presents Can We Expect Juniper Networks to Deliver? 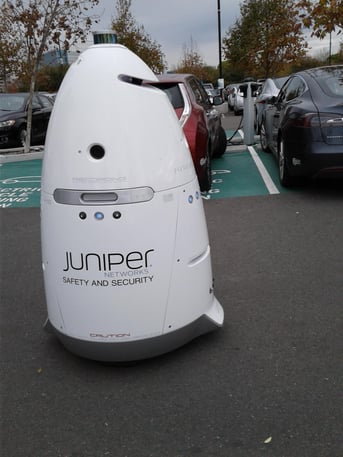 It’s time for Juniper NXTWORK in San Francisco next week. At this time of the year between Thanksgiving and Christmas and New Year, it’s the tail end of the conference season and announcements.

What may be in store?

What presents may be in store from Juniper? It’s hard to say, but some earlier announcements on bots provide a hint on how their vision of Self-Driving Networks may start to get realized.

Their trio of new bot-apps: The AppFormix HealthBot for telemetry, Contrail TestBot for auditing, and PeerBot for peering monitoring were recently announced for beta, for availability in the first half of 2018. This may be a hint of things to come.

So I expect roadmaps and direction on additional automation. Juniper has been an advocate of automation for a while, since their devices have supported programmability (the first versions did not even have a Junos CLI, and relied on its API), so automation is nothing new to them.

What is new is that we are no longer looking at automation as an amplifier for manual tasks (i.e., typing to CLIs ever faster) but as an assistant for doing things better, with intelligence.

This means that intelligence is gathered from the network, analyzed, and applied back to the  network for adjustments. Whether this means it’s checking for adherence to policy (as specified by declarative intent) or simple configuration status does not matter. What does matter is that it gets done quickly and automatically without manual intervention.

I look forward to a day when even more items get automated, and when IT pros will someday leave behind their skepticism and conservatism on automation and embrace timesavers that make their lives easier. Automation has succeeded in other domains, such as vMotion in VMware vSphere for automated live virtual machine migration, and it’s time we see that in networking too.

Any in case you're wondering, the photo is of an autonomous security robot at Juniper headquarters in Sunnyvale, California, taken in late 2016. The device was made by Knightscope and not by Juniper, and is deployed to patrol their parking lot. The vision of helper robots today is not like in the TV shows of the past where humanoid robots (or in this case, a cylinder shaped device) does work for you. It's just all software, lurking in your device.