What might be Discovered at HPE's June event in Vegas 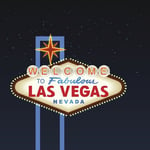 This time next week, HPE's Discover event in Las Vegas will be over and done.

I expect that everyone who's actually there will be paying close attention to all the news in the General Sessions — if nothing else because the weather forecast shows it will be too hot to venture outside! For those of you that might not be enjoying the Vegas air conditioning, it looks like paying attention to what HPE has to say might be worthwhile, both conceptually and also for what it means for the likely overall direction of the storage industry as much as for the initial manifestations that HPE will discuss.

I put together this short video to give something of a hint, but within the constraints of not revealing things I should not [yet]:

As I said, I believe the news is significant because it is about the industry as much as about HPE. I will close the loop here by commenting after the event as well.

Announcer: The following is an ESG video.

Mark Peters: When we talk about the rate of change in the storage industry, we're often talking about changes in technologies and trends. Such things, albeit valuable, are often tactical and granular. On the other hand, sometimes we're talking about vendors themselves making big changes. These can be more strategic, but they're sometimes more inward-looking and not always very user-focused. However, when these two things come together, then we can really be talking about the possibility of a genuine paradigm shift.

At HPE's Discover Event, I suspect our hero manifestation of just such a change. I mean, to be honest, a bit more than suspect, since one of the advantages of my job is that it comes with advance briefings.

In a nutshell, storage right now is bifurcated. First, there's the more traditional business, which is rapidly switching to flash, at least for active performance workloads. And second, we clearly see the emerging world of software-defined, well, everything.

HPE has been simplifying and qualifying its storage approach for some years now. We've seen it make good progress, sometimes quietly but nonetheless steadily, on both sides of that bifurcation, notably with its 3PAR flash and its pioneering StoreVirtual SDS.

But also consider its recent emphasis on composable infrastructure, in general, and the Synergy platform specifically. What if that kind of thinking was applied to storage, but not to storage as we've known it, but to data as it could and should be? What if, to paraphrase Yogi Berra, "When you come to a fork in the road, you just take it"?