Who Ya Gonna Call for Software-defined Storage...Hedvig!? (with video) 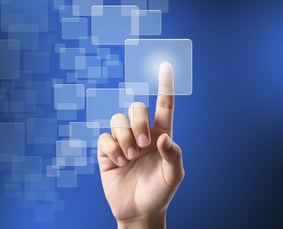 "Hedvig" is certainly an intriguing name for a software [-defined] storage company. While my all-time favorite IT company name remains Sutmyn (which - delightfully - stood for Something Unrelated To MY Name!) I have to say that Hedvig comes pretty close! There is so much angst over names and product numbers in this business....indeed, anyone in a big vendor product marketing role has probably - like me in prior lives - sat on a [permanent!] naming committee at some point! So, it's nice to see someone just go with a name that isn't some clever combo pun of what the product does and/or whom it's aimed at.

I have a couple more comments on the naming conundrum and conclusion, but first take a look at this short video to get an idea of what's actually behind the Hedvig name.

As you might now realize from the comments in the video, Hedvig's name - if it had gone down a more traditional (and expensive) name-development path - could have become mutli-syllabic in the extreme, given all the product's attributes. At the end of the day, names are about keeping different people, vendors, and products distinct as much as anything else. There's only so many times you can put a different word after "Data" or "Network" in this business. What matters is the value of what any product - or company, or individual - brings to the table. Of course, being easy to remember is not a bad thing - but it is what you do that you'll actually be known for.

Late last month, the intriguingly named Hedvig, not to be confused with Harry Potter's Hedwig obviously, came out of stealth. Now, it's not the first new company that will march under the flag of software-defined storage, and nor will it be the last, for sure. But it is a perfect example of how broad a solution can be constructed when you're working in programming and code, rather than silicon and electronics.

This video blog isn't designed to give you a full product rundown, but instead, I wanted to get the real elevator pitch story from company execs. First, I asked C.E.O. and founder, Avinash Lakshman, why he wanted to build a new storage platform.

Avinash: If you look at the storage industry, I've felt there has been no fundamental innovation in the last 15 years. I mean, everything had been kind of incremental. But newer workloads, newer applications, and newer ways of thinking, in terms of how the data center should be put together, have completely changed the way I think underlying infrastructure needs to be done. And I felt, given my background, having built Amazon Dynamo, having built Cassandra at Facebook, that I had a unique set of skills to solve this problem and solve it in a fundamentally, very different way.

Mark: Rob Whiteley heads up Hedvig's marketing. And I challenged him to give me the essence of the product and also its rollout progress in literally about a minute.

Rob: So in a nutshell, what we've built is a software-defined storage product. So like many other products on the market, we deploy on bare metal X-86 or ARM servers and essentially turn that into scale-out storage. I think the two things I would add to that to kind of get a bit of flavor of what we've built is we've taken block, object, and file, so all the three major flavors of storage are available on this scale-out platform, but one of our key differentiators is we've brought all the traditional features you'd expect in a mature storage array: de-dupe, compression, replication, D.R., some of the basic QoS-type features, and we've added that to all of those flavors. We kind of packaged that all up, and as you can imagine, it scales to thousands of nodes and exabytes of data.

As of March, we're formally out of stealth. Our product is in limited GA, meaning we do have the ability to provide it. It will be full GA or V1 of the product ready in Q2.

Mark: I gave Avinash an even more aggressive time constraint to encapsulate the value that a new user would get from adopting the Hedvig platform.

Avinash: It will make it extremely simple for you, in the sense that we will bring AWS-like simplicity to storage infrastructure, and the economics from both the CAPEX and the OPEX will be significantly lower. So you get flexibility, simplicity, and great economics.

Mark: Now, you'd have to be crazy to say anything other than it's a compelling value proposition, and it certainly represents what I think most of us would agree is a very pure and clean manifestation of software-defined storage. Obviously, it's all down to execution now. But from what the company has shared with me about some of its early users, assuming they continue to work well, then the odds are that we'll be knowing Hedvig for a lot more than its cool name.