Why the Citrix and Microsoft partnership is important 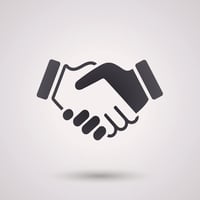 Citrix and Microsoft are not strangers to one another. On the contrary — they’ve been successfully working together for the past 10+ years. In fact, Citrix has been one of the few companies that’s been able to dance with what many technology companies consider to be the “black widow.” But the light has been dimming between the two companies in the past few years as Citrix has experienced some rocky times, and Microsoft has enriched a competing portfolio.

As of late though, things have changed and the partnership is now reignited with recent announcements at Citrix Synergy 2016. You can read the press release and Brad Anderson’s blog to get the details, but there are a few important dynamics that stand out:

The Citrix and Microsoft partnership is invaluable for both companies—and one has to believe that part of the handshake between the two is to quickly get value-added resellers jazzed. I would expect them to use the Microsoft Worldwide Partner Conference (WPC) as a forum to set the wheels in motion. This is a significant checkmark for Microsoft to fill in, and help go-to-market partners drive revenue.

On paper, this partnership looks good for businesses. However, the true measurement of their success will be how quickly these two can demonstrate the value of the partnership to customers. I, for one, will be watching to see how they communicate to partners at WPC, and publicly share customer success stories before the end of the summer. And, establishing quick momentum to fill a Q3 and Q4 sales pipeline will be important to monitor.