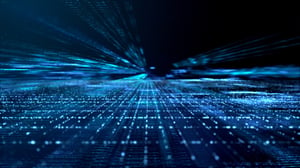 A number of articles surfaced last Friday about AWS selling network switching infrastructure used in its own environment to enterprises. This news had a ripple effect in the market as some of the major network companies saw a dip in their stock prices.

If the sources are accurate, AWS is, at the very least, contemplating this strategy. If it decides to enter the market, this could be highly disruptive to the status quo. Let’s take a minute to think about this, though--it’s not like AWS will be selling data center network switches online – well, at least not yet - I actually just checked and didn’t see any Prime Day specials. If they are seriously considering entering this market, it does highlight a number of things that AWS may have to do to capture the on-premises enterprise market share.

A few of those things may include:

Does any of this prohibit AWS from entering the market? Not at all. AWS can address all of the above or take a completely different approach to selling – especially to digital-native companies (think less than 10 years old). It has already shaken up the status quo with cloud computing and can possibly do it again.

Does it impact the timing should they decide to join the networking fray? Most likely, unless of course they have been quietly doing all of the above and we just don’t know about it.

Does this mean it is a crazy idea? Not really. Thirty-six percent of respondents to ESG's Network Modernization research stated that they would like to emulate a cloud/hyperscale network environment. I expect that number will grow over time. One must keep in mind, however, that all the incumbent enterprise networking providers see this same data and are talking to these customers every day. As such, almost all have announced plans to disaggregate the Network OS and functionality from the hardware – and are at different levels of progress. Point is, none of the existing network providers are sitting on their hands waiting.

Lastly, it is clear AWS wants to get closer to the enterprise to help influence the cloud service used, much like Microsoft has been successfully doing with Azure Stack (choose your own infrastructure supplier). In fact, just last week, Azure quietly announced a Virtual WAN offering to help enterprises connect to the Azure cloud with SD-WAN solutions from Citrix and Riverbed tightly integrated to ensure a smooth transition. Note that AWS has also recognized the importance of SD-WAN and worked with ESG to create a report to demonstrate how easy it is to connect to AWS, but these do not have the same level of integration Azure has. Another example is the relationship Cisco and Google have to deliver tightly integrated solutions and AWS itself has a relationship with VMware to accelerate cloud adoption.

So as the summer heats up, so too does the network market. I look forward to seeing whether AWS ultimately decides that launching its networking solutions will be the best path to drive greater enterprise cloud adoption.  Stay tuned…