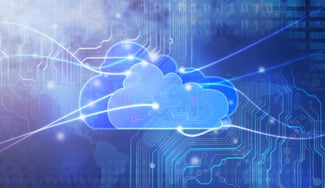 In my prior blog I talked about two trends that could spell big trouble for traditional IT hardware and software vendors - the increasing ability of public cloud service providers, like Amazon, to gain a strategic foothold in their accounts and the feverish adoption rate of software-as-a-service (SaaS) applications. It would seem that many organizations are leveraging cloud services to (as my colleague Mark Bowker likes to say) get out of the business of infrastructure management. And of course, this comes at the direct expense of vendors that formerly provided the hardware and software infrastructure to support these applications. Well, when it rains it pours. The latest “storm cloud” on the horizon for legacy IT vendors is the impending end-of-life date (July 14, 2015) of the Windows 2003 operating system.

According to HP, there are nearly 11 million servers running Windows 2003 today and with the official end-of-life/support date rapidly approaching, many organizations will likely be scrambling to migrate to Windows 2012. Indeed, a recent ESG survey of 497 IT decision makers at organizations still leveraging Windows Server 2003 (W2K3) revealed that the most common migration strategy involved upgrading to Windows Server 2012 and reinstalling applications on that platform. However, it is important to note that the majority of these respondents (60%) indicated that they would take a multi-pronged approach for upgrading their W2K3 systems. For example, 35% stated that they would redeploy at least some of their W2K3 based applications into a public cloud environment, with another 1/3 reporting that they would replace some aspects of their on-premises-based system with SaaS applications (note that multiple responses were accepted and were not mutually exclusive). These survey results are a clear indication that there will be yet more erosion of data center footprint that traditional IT vendors have counted on for years as a steady source of revenue.

Those companies that are really behind the 8-ball with their application migration plans could be more likely to opt for the relative convenience of re-hosting their applications in the cloud. And what could add further momentum to the cloud adoption trend is the fact that organizations continue to report a critical shortfall in the skillsets required to manage IT infrastructure - particularly with respect to information security.

Of course there is something of a silver lining here. When the calendar page turns to July 14th, Microsoft will cease providing system patches and security updates to the W2K3 OS. With security paranoia running high in the heartland, you can bet that C-level executives will throw everything, including the kitchen sink, at their soon-to-be non-compliant systems to ensure that they are not vulnerable. With so many W2K3 servers in the market to convert and the end-of-life date just around the corner, there will undoubtedly be enormous demand for what could be fairly lucrative professional services engagements. And while some on-premises application footprint will be ceded to public cloud infrastructure, there is still a hefty proportion of Windows platforms that will remain in private data center environments – giving vendors significant hardware and software refresh opportunities.

Essentially this is a “let no good crisis go to waste” opportunity for many vendors; particularly those with competing cloud offerings. The pressure on IT organizations to simply “just get it done” could prove to be so overwhelming that many might just simply throw the W2K3 hot potato over the wall and let their vendors handle it. Cloud providers like Rackspace, for example, tout their extensive engineering and professional services capabilities to enable a more seamless and turnkey cloud deployment experience. On the other hand, traditional IT vendors with cloud offerings, like HP, IBM, Oracle, Microsoft, VMware and others could potentially have their cake and eat it too - provide the services and IT infrastructure for systems that will remain on-premises and host in the cloud those systems that the customer wishes to jettison from the data center.

While I wouldn’t characterize this event as a “last stand” or “Alamo” moment for traditional IT vendors, it could be an important inflection point and an opportunity for many of them to reassert some control and influence across their account base.