Winter is coming...for the storage industry 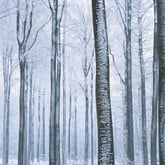 We're about halfway through the latest season of HBO's Game of Thrones, and I've been every bit as transfixed to the series as every other devotee I know. I may have gotten started late, but I'm definitely in it for the long haul now.

One of the things that was helpful for me as I got caught up was using the internet's various nerd communities to understand all of the nuances and details of the families and their histories. For example, the show has used "winter is coming" as a tagline from the beginning, and I wanted to get some context on what exactly that was referring to. I turned to the Wikia page for the book series, and came away with an appreciation for what the Starks mean when they say it.

I also was able to find some connections between the show and the storage industry, which I outlined in a video blog:

I've recently become a fan of the HBO series Game of Thrones. I know I'm late to the party but thanks to the miracle of video on demand, I've been able to catch up and be both horrified and entranced as I eagerly await each week's new episode.

Now all we heard for these last couple of months wherever we turned leading up to the most recent season is that winter is coming. And I really, really, really wanted to be there when it did. It got me thinking, what exactly do they mean by that? According to the Game of Thrones Wiki, it's a phrase of warning and constant vigilance because winter will eventually come and it will cause damage.

So what does that have to do with the storage market? Well, if you look around, there are certainly signs that winter is on the way. We've seen it in the tough earnings numbers from EMC and NetApp, and in the storage division of IBM. And winter in this case is really in the form of a perfect storm. It's the cloud, it's software-defined storage, it's the growth of ODM business, and the rise of integrated computer platforms.

So I wanted to step back and take a look at the cloud impact. I mean, just look at the AWS earnings. It's already a $9 billion business and it's apps and storage running in the cloud. So in our 2016 spending intentions research, when we asked IT decision makers who are already using AWS how their Amazon adoption would impact their spending allocation with their traditional vendors...and we see a clear trend in those people diverting their spending from the traditional vendors off to Amazon, so it's cannibalizing traditional dollars.

Now IT's doing this as a cost savings measure. The initiative that most organizations cited as significantly impacting storage spending is using cloud storage services as a way to source storage capacity without buying on-prem hardware. I also mentioned software-defined storage as a threat. In this same storage spending research, 60% of our respondents indicated a commitment to software-defined storage as a long-term strategy to simplify management and like cloud storage, they wanted to reduce their TCO.

You look five years out, we asked people if they still have their dedicated storage discipline and most of them said no. You know that the legacy storage vendors have not been asleep at the wheel. They've been watching the weather, they've heard the warnings, and they've been constantly vigilant. It's just tough to turn a big ship in these stormy waters.

But the vendors have responded. Certainly EMC and NetApp have converged plays, they've got software-defined plays, and even though traditional hardware is still largely paying the bills, the converge plays are bigger and bigger parts of their businesses. And certainly EMC just announced Virtustream public cloud to support public and hybrid environments for enterprise computing.

But the flip-side is there are many innovative startups that have a compelling technology that its IT is bringing to the data center as it undergoes data center modernization exercises to deploy private, public and hybrid clouds. The storage world will continue to evolve, but there's certainly a chill in the air. The question is how fast traditional storage vendors can evolve to meet the new set of cloudy customer requirements.