Wrap-up on Backup from VeeamON 2015 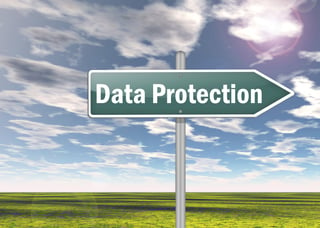 If your Director of IT came and told you that you needed to "Look for a backup/replication product that was built-for VMs," you’d obviously look at Veeam.

But what if your Director of IT asked you for ‘more,’ like:

It turns out that you might still be looking at Veeam. The latter two bullets (Oracle & Linux) were two of the announcements at this year’s VeeamON. But it is the bigger picture that is even more interesting than the news of the week: Veeam is ‘more than VM backups and fast restores.’

For those folks who look at Veeam as an option for their VM-backup/recovery solution, as a supplement to the ‘everything else’ unified solution, you might be surprised how much of the ‘everything else’ that Veeam has been steadily adding. In Veeam’s earlier days, they were ‘just’ the VM-backup product, when almost no one else could reliably protect or recover VMs; and as such, Veeam was supplemented by traditional unified solutions (or vice versa). But the incremental evolutions beyond VM-centric functionality are steadily eating away and the reasons why you might have that legacy solution around.

And as environments become 70%, 80%, or even 90% virtualized, your ‘primary’ backup solution is your VM-backup solution; so it seems smart that Veeam continues to not-so-quietly evolve to meet the needs of those remaining (but diminishing) percentage of ‘other’ needs, while still staying true to what makes them unique in market.  Another way that Veeam is being very smart is in how they partner, with what appears to be everybody. Here is a short ESG video highlighting that:

As for the event itself, Veeam also continues to deliver event/marketing presence on a scale that should surprise folks; with their second VeeamON continuing to grow, with a significant depth of sessions that align with their avid influencer/implementer users, a marquee guest speaker (William Shatner) aligned with their event theme (sci-fi) and a party like what Veeam is known for from other tradeshows (only bigger). Kudos to Veeam on their event and I look forward to VeeamON 2017, which will be in a city that has as much style as Veeam: New Orleans.

Bill @EXAGRID: So what I'm excited this week about with Veeam is that Veeam introduced a version 9 software, and that allows for better accessibility and restorability, and their theme of "Always-On." The world, now, is always on and you've got to be able to have data ready at any given time. And the combination of the ExaGrid landing zone that keeps Veeam data in its recent form, up-to-date, allows us, from the ExaGrid, to restore to Veeam in seconds to minutes, preserving that message of "Seconds to Minutes, Always-On."

Brad @HPE: A lot of the customers that have been coming by have been very interested in how they can collapse the data protection stack, how can they take primary storage, secondary storage, tertiary story, and really shrink the distance between those using either integration at a hardware level or some of the hooks we have into technologies like Veeam. So a lot of folks, because we're at a Veeam conference, are interested in the integration we have with v9, specifically with StoreOnce. We have a Catalyst plugin that lets people natively integrate with the dedupe engine in StoreOnce into Veeam, so they can now do snaps on primary storage with 3PAR and StoreVirtual. And then, using Veeam, move those to StoreOnce for longer term backup.

Rachel @NETAPP: This week at Veeam, we've been having a lot of great customer conversations, a lot of customers talking to us about how they want to integrate their FAZ snapshots into Veeam so they have super-fast backup and recovery. But the thing I'm really, really excited about this week, and I've been hearing a lot of buzz about, is AltaVault integrated with Veeam for a cloud backup. So the way this would work is a customer connects Veeam to AltaVault via a CIFS or NFS share, Veeam backs up to AltaVault, a local copy is kept for fast recovery, but then it's also immediately vaulted out to the cloud. AltaVault deduplicates and encrypts data inline and then it gives you just a really fast, efficient, low-cost, and secure way to back up data to the cloud.

Eric @QUANTUM: And we're really excited about our new premier partnership with Veeam, and we're talking about 3-2-1 data protection with Veeam and Quantum. 3-2-1 is a best practice, it's been around a long time in the industry, but what we bring to the table with Veeam is the right combination of tiered storage, everything from hybrid flash block storage, to purpose-built deduplication appliances, to tape, and even the cloud, and being able to use that tiered storage portfolio to build data protection solutions with Veeam that maximize availability while minimizing and reducing data protection costs. We think we've got a unique story that no one else in the market can provide when it comes to Quantum and Veeam.

Jason: So that's it for VeeamON. What you see is an ecosystem which is built around, "Okay, what happens when I have a really reliable backup and a rapidly recoverable set of VMs?" What else can you do? And there's monitoring, and there's partner enablements, and, basically, the customer wins at the end of the day. And it's easy to see why Veeam continues to be so exciting to watch.